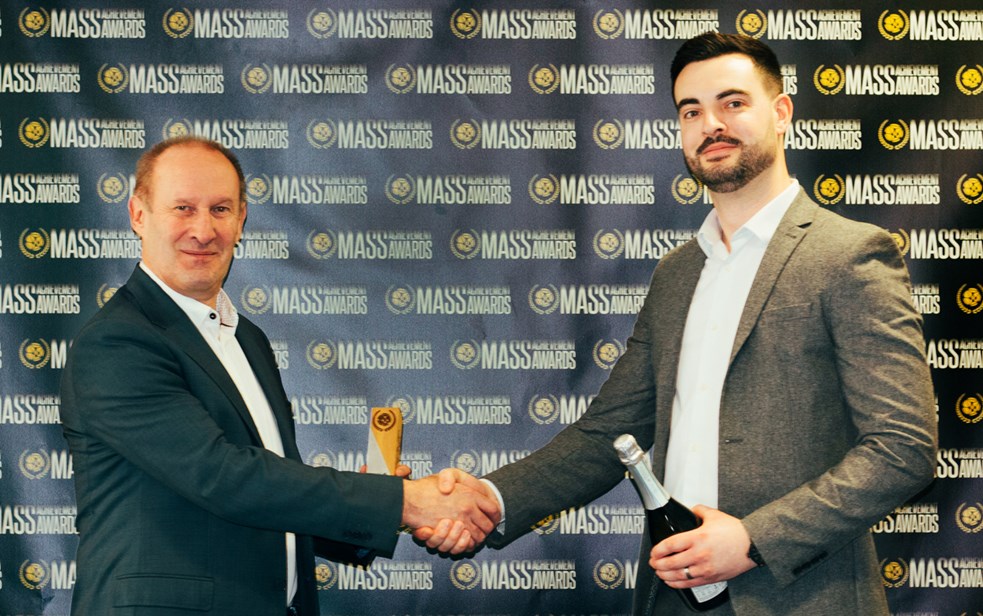 Our annual Achievement Awards, which were postponed from November 2021, took place last Friday at our head office in St. Neots. As always, the awards focussed on how our people have demonstrated the MASS values of Collaboration, Excellence, Respect and Innovation throughout the year.

This year we had six winners from six award categories. This included a new Community Award, aimed at recognising our colleagues who contribute towards their community or look for ways to be more sustainable. It’s something we’re working towards at MASS, which is why the award trophies were made from Forest Stewardship Council (FSC) certified wood.

Collaboration Award - Robin Edge, Dave Schofield, Martin Colegate, Martyn Cole, Jon Farrington, Mat Haisman, Rob Jones and Tom Hayward:  “We are obviously delighted, it was a real team effort, certainly couldn’t have done it without all of the wide supporting functions within the company including the bid team itself, so it's a real team effort so well done everyone!”

Respect Award - David Sweeting: “It’s a great honour and I was genuinely surprised. thank you very much.”

Community Award - Charlotte Gardner, Amelia Manning Morton, Doug Marr and Kerry Chant: “Amazing, didn't really expect it, well done everyone. It’s a very proud moment for us, we enjoy doing social events as a team so it's great that we've actually won something as a team!”

The ceremony was wrapped up by a vote of thanks from our Managing Director, Chris Stanley.

Congratulations to all the winners and nominees from this year’s awards, you are an inspiration to us all to keep living the MASS values.