Who do you volunteer for and what kinds of things do you do?

I am Secretary of the local Royal British Legion, but since COVID-19 we have stopped meeting. So I decided to volunteer for Royal Voluntary Service during the COVID-19 lock-down.

As a MASS trained LIVES First Aider at Work, including using a defibrillator, I am a volunteer first responder to hopefully get to a patient quicker than an ambulance and apply first aid to keep them alive until help comes. As well as using a defib if required, I carry my own first aid kit in the car at all times, which has two blood pressure monitors, a pulse oximeter and a range of bandages, quick clot bandages and powder a tourniquet and surgical scrub.

Why did you decide to volunteer?

With 26 odd years military service behind me where I was trained in Battlefield First Aid from 2002, and tested at least yearly, I thought it would be a good idea to volunteer for the UK Royal Voluntary Service as a First Aid Responder, to help ease NHS burden, along the lines a similar organisation LIVES.

Over the years I have been first on scene with two car accidents with lorries at junctions (by shear chance) both on the way to work, a choking baby, a car fire, a drug overdose in a teenager, a gunshot wound in Afghanistan of a colleague, a young girl with septicaemia in Mauritania, and also two separate elderly persons who had fallen over with low blood pressure and split open their heads, two people lost on Snowdonia with hypothermia, as well as numerous cases of people in shock.

What do you enjoy most about volunteering?

It is good for mental health and well-being to help others.

Are there any particular moments that stand out?

Last month helping an elderly man collapsed in Waitrose at the meat counter – not sure if it was the prices or his low blood pressure. The ambulance service arrived after 20 minutes, if his situation had developed into more than just a bang on his head and low blood pressure, I could have been the only person to help, as the shop staff were not properly trained. 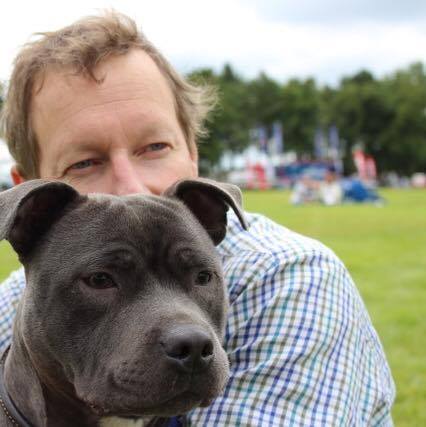